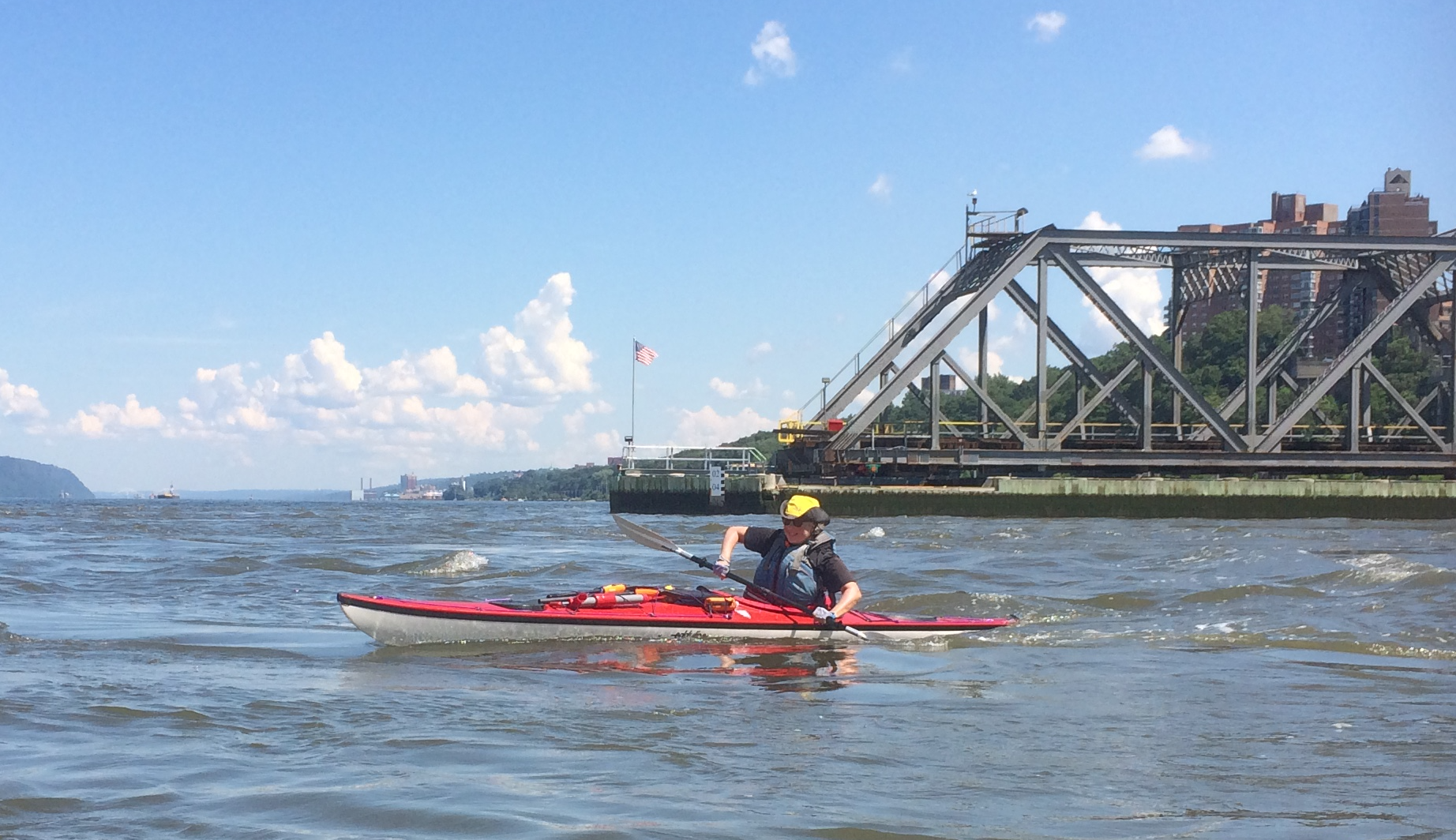 I taught a 1-1 class last weekend, focusing on draws and pries.

A draw pulls the boat to the paddle. A pry pushing the paddle towards the boat. Put another way, the paddle can stay on one side of the boat while turning the boat one direction and then the other.

First a bit of practice on flat water; above it’s a bow rudder, which is effectively a bow draw.

Next, we tried staying in a small race that forms at the railroad bridge, as the Harlem ebbs into the Hudson. In the above, it’s a stern draw – rudder position but with the blade pulling the stern, effectively turning the bow of the boat away from the paddle.

Being able to turn the boat without changing the paddle’s position is a great skill to have in dynamic water, when you might not have time to change sides. Whether in surf, whitewater, or just playful waves, they’re a great addition to your collection of boat handling skills.

I took three students out to Democrat Point, Long Island, the other day. It’s known as a good surf spot, but there are some other features there as well.

With Force 4 winds, the first thing we discussed was how to manage wind in our paddling.

We then moving on to a recirculating eddy, practicing how to cross an eddy line and how to keep and attain position in current.

At the tip of the point, a wide tiderace forms, and after hopping out on the beach to scout it, we had a bit of play. One of the students practiced his roll in the tiderace – success!

We finished the day with some surf. At low tide, the incoming swell was breaking up over some barrier shoals, giving us nice, long but gentle wavers to surf along.